The first official video for Stevie R Pearce and the Hooligans has emerged, following a cracking start with the critically acclaimed self-titled debut album which continues to attract new ears and respect, we are offered this first video delight, filmed at the Blackpool Waterloo Venue by Jay Hillie..

“As ever I had all these ideas and plans in the world that would have made November Rain look like a trailer.. however, that just wouldn’t have been Us. Nor would going down the Cliche Route.. Girls, fast cars etc. I’m not metal enough to stand in a forest, that stuff works for a lot of bands- Its tongue in cheek which is cool, there are some great videos out if you spend the time to look, I’m just not that cool so it doesn’t work. At one point I’d even forgot that we were supposed to make a video- with last year nearly over I called Jay Hillyer and told him to meet me at The Waterloo… Usually, you’d do two or three takes of the song, a script or whatever, but we didn’t have that option. We aren’t really like that in the studio either. I met jay 5 minutes before we went on, he and his guys just hit record. I’d even actually forgotten about the recording by the time “Set my soul on fire was played”. I can’t pretend the whole crowd were there for me, and it wasn’t camera trickery -what happened actually happened- It was during the Final Massive Wagons show of the year which was sold out,  with the Senton Bombs and The Takeaway thieves- Fortunately everyone was in good spirits and I’m extremely grateful to everyone for being cool about it and helping make it what it is, only one guy threatened to kill me in the end. It came out great and caught what I wanted it too. I hope you all enjoy it”

You can catch Stevie R. Pearce on tour Through May with Doomsday OutLaw and Silk Road. 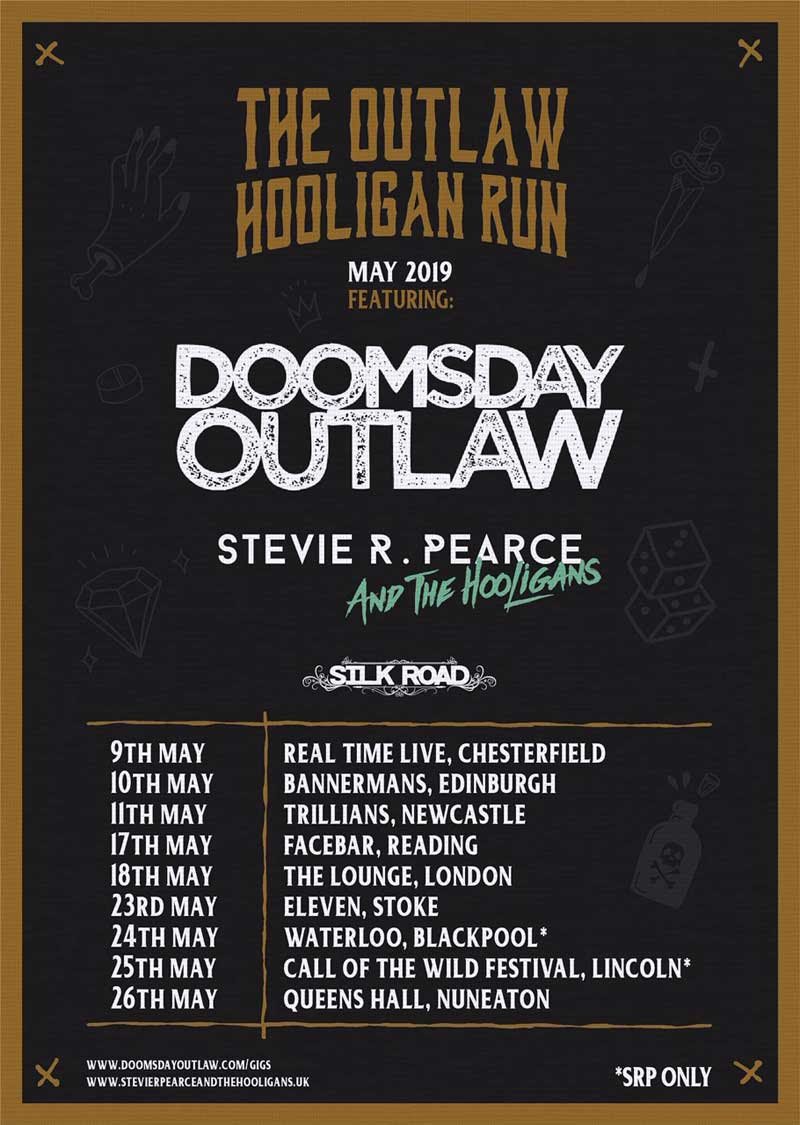