This one is a beauty! Celebrating 41 years of Billy Childish, a double CD or triple gatefold LP.

It’s out on May 24th and is available for pre-order now. Click on the pic to reserve a copy on the format of your choice. How did Billy come to be? Holed away in the distant inter tidal marshland of mid-Seventies Kent, breaking rocks in the hot sun as a teenage dockland stonemason, undiagnosed dyslexia and general insubordination denying him the educational path he might have taken, Childish took the punk gospel Malcolm McLaren and the Sex Pistols preached in 1976 as revealed scriptural truth.

Forty-two years later Childish is the last man standing, the most enduring, uncorrupted and prolific of the class of ‘77. And some heroic fool has now tried to sum him up in a mere forty-eight songs, from the thousand or so he has recorded.

This compilation provides tiny tasters of each of Childish’s phases, and some snippets of short-lived side-projects too. Administered correctly, it will make an addict of you. You have been warned. Here’s a field guide to the many faces of Billy Childish. 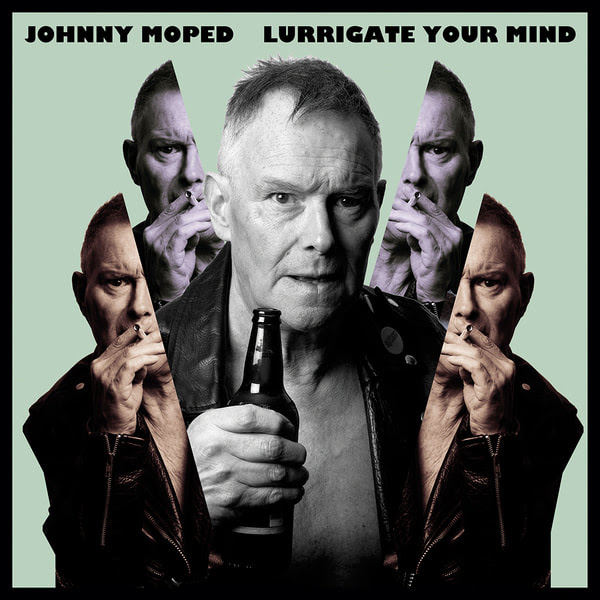 Time flies! It’s three years since the band’s last album, It’s A Real Cool Baby, but the band have been busy in the meantime. Following the amicable departure of founding member Dave Berk, they welcomed Marty Love as their new drummer.

Since then the band have had successful tours of the UK, Germany, Holland and Scandinavia. They’ve had prestigious slots at Blackpool’s famous Rebellion Festival, recorded two radio sessions for Marc Riley’s BBC 6Music Show, and played a storming set at Damaged Goods 30th Anniversary show at London’s Koko last September. Plus they played with longtime friends, The Damned on their 2018 tour and finished the year with a headline Christmas show at The Lexington.

A biography of the band is currently being written. More details to follow on that nearer to publication date. There’s even talk of gigs in the US and Japan in the not too distant future. Fingers crossed eh!

So what can we tell you about the new LP? Well, it has 14 tracks including recently sold out single ‘Catatonic’. There’s a guest appearance from Captain Sensible, a longtime friend and Ex-moped of course and the now found Xerxes. It was recorded at Panther Studios, Reigate and produced by longtime associate Dick Crippen.

This includes the following

IT will also be available on CD and Red or Blue vinyl clocking in at a very reasonable £13.99 for the vinyl and £9.99 for the CD  – Get ordering Here!