After being introduced to one of Ginger Wildhearts children it was interesting to hear what his music sounded like and branching out after Alive With Eyes and JAW$ Jaeko sees Jake doing his own thing and we caught up with him whilst under quarantine for a word or two.  Check out the thoughts and plans for Jaeko…

I guess the best place to start is a brief introduction.  Who are you?  What got you into music? Is Jaeko a band or a solo project? Growing up in London, I  was always brought up around music since I can remember. With both my parents being in bands in the punk rock scene, I’ve been inspired by many people that I’ve crossed paths with. At 12 years old Jake started my first band Alive With Eyes and then progressed through a number of other bands and projects. I love being part of a band but whenever a band was near to gaining proper momentum, people couldn’t commit. So at the age of 19, I just said to myself “f**k it, I’ll just this myself” and that’s when JAEKO was born

You’ve chosen to go down the digital route and put out single tracks online.  What’s the motivation for this route? Well JAEKO only properly became a thing a couple weeks before I put out my first single out, Cold Heart Killer – so it’s all very new and fresh at the moment. Streaming platforms have deemed the most accessible for me at this point of starting to get JAEKO off the ground but expect CD’s and Vinyls coming your way at some point this year. online you’re flying under the radar at the moment will there be a larger presence that people can latch onto such as facebook page, Bandcamp, instagram etc etc? JAEKO is such a new thing that I’ve been working hard in silence, writing and crafting some big things for this year. Expect to hear more about JAEKO in the coming months. You can find me on Twitter and Instagram, both under @jaekomusic

Whos playing on the songs you’ve released so far?  What would you say is your instrument of choice? Well, all the music written by me, but I gotta appreciate all the talented people I have around me. My instrument of choice is Guitar but I usually play guitar and bass when I’m in the studio. I’m all for involving other people in my music though, there’s never any harm bringing in people who can bring a different dynamic to a song. I think that’s the magic of JAEKO, there’s no limit to who can be involved. The more that JAEKO evolves the more I have planned to involve and collaborate with various bands, artists and people I admire. So keep your eyes peeled for that.

From the four songs you’ve put out so far where would you say you fit in (everybody or most love to put a label on their artists? As much as I admire all the music I’m lucky enough to be surrounded with, I don’t want to restrict myself to a label or a comparison to other artists. My vision for my music is constantly evolving and each song will be different but will always have that “JAEKO” vibe over it.

How much material have you written and recorded?   The thing is with my songwriting is that I can never restrict myself to a certain genre.

Who are your influences? I’ve been brought up on such a variety of music, that it’s really hard to settle down on one genre when I write songs for JAEKO. There are a few contemporaries I heard in your songs but they are quite varied ‘Sometimes’ is nothing like ‘How you Living’?  I want to keep surprising people and pushing to see what racket I can create out of my old noggin. I’m always writing new music and have recorded too many songs to put a number on but I’m just very picky about what I put out.

Where do you see yourself in the next 12 months?  What about live shows?  I got some great plans for the next 12 months, but the main aim is building up JAEKO into something that is actually making an impact in the music industry. At least 1 album is a must before the end of this year, alongside plenty of headline gigs, music videos and collaborations. But ultimately, I want my music to be something that can help people, or that someone can relate to or even something that people can turn the f**k up to.

If you don’t mind me saying (and this isn’t meant to sound patronising but there is a maturity about the songs you’ve put out so far that far exceed your age you make it all sound like a piece of piss this rock and roll lark.  I really appreciate that, always a breath of fresh air when people like the music. I’ve been surrounded by music all my life. I have always wanted to do music so I’ve had a lot of years to really find my sound and what I wanted to do within the music. I’ve gone through so many different sounds to really discover what my songwriting and music is and I don’t think that discovery is gonna stop any time soon. I’m excited to see what I sound like in 5 years, let alone 10 years.

Are you using this pandemic downtime to be productive if so how are you keeping yourself busy musically? I think the growing insanity of being cooped up indoors all day and night has really pushed me for new ideas and concepts for songs. It’s made me really think outside the box for lyrics. I look forward to hearing what you do next, Keep in touch with RPM and we look forward to what Jaeko does next. What you’re doing is exciting and interesting and I’m sure this will be reflected in people jumping on board with your music.  I especially like ‘Sometimes’ because it’s different and not predictable at all and ‘Colder Than The Sea’ care to expand on what the songs are about?  Thank you so much, it’s really interesting to see which is the favourite for people as it’s always such different choices for different reasons. Always love too see what people think. Let me start with what’s been/being released first.  ‘Colder Heart Killer’ is about a relationship I had which turned very sour towards us breaking up, which is where the song title was inspired from, I then wrote lyrics around this phrase.

‘How You Living?’ is about being on top of things no matter what’s going on in your life. Sometimes my mind can be my worst enemy. We’re shaped by our thoughts and we become what we think. So this song is all about staying cool, calm, collected and focused through the landmine in my head. This is where the title came from, in a question to myself or the listener, “How You Living?” as a reminder to keep on top of things.

Sometimes is all about chapters in my life that have proved to be very tricky. I’ve gone through enough hard times in my life, and I thought to myself “why haven’t I written a song about this yet?”. This song is an expression of times that life has proved really hard and deciding to come back stronger from it.

‘Colder Than The Sea’ is about a relationship where I was very conflicted in my choice to leave or to stay. Throughout the duration of the song, it expresses the battle in my mind to make this final decision.

So that’s our brief chat with Jaeko since we’ve all been locked down.  check him at the links he posted above @jaeko on the socials and give his solo material a listen.  We’ll keep you posted and thanks for the time always good to have new music and musicians happening. 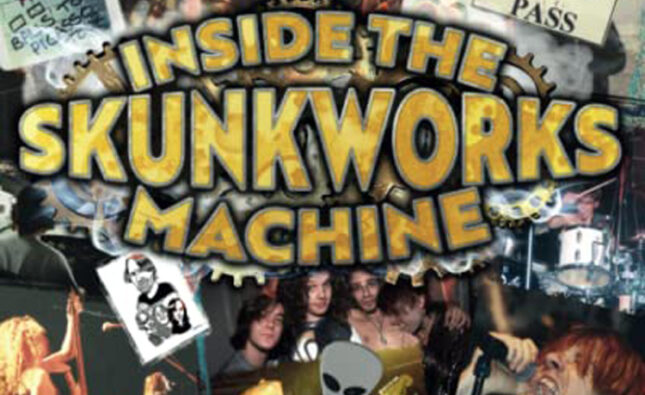