When Paul Cook asked former Loyalties/Yo-Yo’s man Tom Spencer to fill in for Steve Jones and front The Professionals for a celebratory gig back in 2015, I wager he never guessed the band would be releasing their second comeback album and be a touring band nearly 6 years later.

Cookie, Spencer and bassist Toshi return with the recently released ‘SNAFU’ and true to their punk rock credentials, it’s not as yet available on streaming sites and can only be purchased from the band or at gigs. Punk rock is alive and well, kids.

Joining The Professionals on their merry jaunt are Desperate Measures, a band formed by vocalist Eugene Butcher in Christchurch, New Zealand back sometime in the 80’s. The short-lived band only had a few releases before disbanding, but the singer is back and currently based in the UK with a new line-up including former Glitterati and current Rich Ragany axe slinger Gaff, Ricky Mcguire from UK Subs/The Men They Couldn’t Hang and former Done Lying Down drummer James Sherry.

Showcasing songs from the newly released EP entitled ‘Rinsed’, Desperate Measures are a perfect opener for a punk legend. Their brand of punk n’ roll is high energy, with memorable hooks and enough low slung riffage to thrill. Looking like yer dad’s rocking best mate, Butcher commands the stage giving all he’s got, while livewire guitar player Gaff is a mass of black hair and ultra-cool leather. The songs shine through. ‘Scars and Memories’ with its cool as you like Stooges riff and garage rock vibes is the closest thing to Lords Of The New Church I’ve heard in many years, and single ‘Flowers At Your Door’ with its gothic ‘Sisters meets The Misson’ vibes is a set highlight. They close their set with a solid version of The Stooges ‘I Wanna Be Your Dog’ which fits the vibe of the band perfectly, and is delivered with the same raw and ramshackle coolness that the original did.

They go down well with a sparse, yet growing crowd and I’d urge you to check out their EP and catch a live show when they drag their skinny-jeaned arses to town near you. Great stuff.

The Sex Pistols have quite a legacy, and as expected, a show featuring a member of the iconic punk legends is going to draw a crowd of 50-something, ex-punks reliving their youth. But The Professionals 2021 are more than just a nostalgia act, they always were a bit more rock n’ roll than their snarling and spitting former band. While Jonesy is sadly not involved in the new incarnation, frontman Tom Spencer is a more than able replacement. Joined tonight by his former Loyalties and current Michael Monroe guitar slinger Rich Jones, and band roadie turned band bassist Toshi, The Professionals deliver a high energy set of rock n’ roll covering the band’s entire career.

The Cook and Jones penned classics ‘Payola’ and ‘123’ bookend a killer set and showcase the power-pop direction that the duo took after the demise of The Pistols. Tom Spencer’s cheeky, cockney charm, raspy vocals, and empowered stage presence fit the bill perfectly, and Rich Jones just looks happy to be back playing live shows again. Hell, he flew all the way over from Canada to do these shows!

The new material shines through. Tracks from the critically acclaimed ‘What In The World’ go down well and have the crowd singing as much as the classics tonight. The likes of ‘Going Going Gone’, ‘Rewind’ and ‘Monkeys’ all get an airing, and now sound as classic as…the classics. It’s all cool riffs, chanting backing vocals, and killer choruses, what more could a good punk ask for?

It just goes to show that the Cook/Spencer penned tunes can stand tall up against the Cook/Jones ones.

A few tunes from the newly released‘ SNAFU’ have found their way into the set on this run. Album opener ‘Easily Lead’ and ‘Mashes’ sound great and Cookie introduces the killer single ‘Spike Me Baby’ with the story of how he got spiked on his daughter’s pot-laced choccies.

Few drummers have a distinctive style such as Paul Cook and he is often overlooked as a drummer and a songwriter, even though he has the credentials. Tonight, he doesn’t miss a beat, which ain’t too shabby for a bloke in his 60’s! You’re wondering if they played any Pistols tunes right? Well, yeah, 2 carefully chosen songs fit the bill tonight. ‘Silly Thing’ is played mid-set and for me is the song of the night, a classic of my youth. And the encore sees local lad and Eureka Machines main man Chris Catalyst join the band for a killer extended ‘Stepping Stone’, that brings all the old punks down the front to pogo, and sends the energy levels to overload.

The Professionals breathe new life into a tried and tested formula. The new songs stand up to, and in some cases surpass, the band’s early legacy. In their current guise, the live band can hold their own against any of the young cats and probably show them a thing or two as well. With a charismatic frontman, a killer, groove-heavy drummer and a cast of seasoned musician mates (who all seem to have played with Ginger Wildheart at some point in time), they cannot really fail. 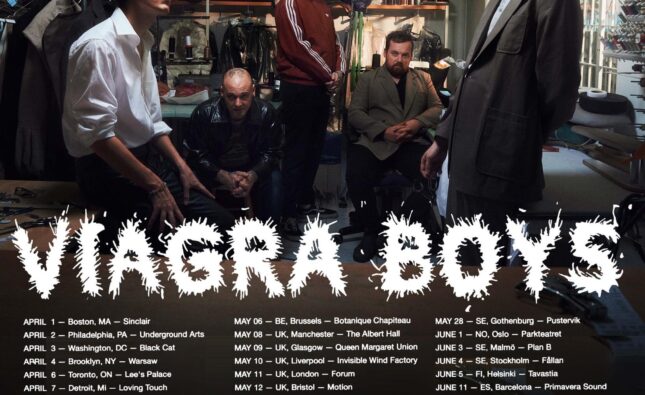