Marc Valentine – ‘Mornington Avenue’ (Arcane Wires Records) Its the second track lifted from July’s album release ‘Futures Obscure’ and the second absolute banger, it has to be said, courtesy of Mr. Valentine. The single features a guest appearance from the legend that is Matt Dangerfield for extra kudos. Marc said of the record that it was semi-autobiographical, and stories and memories from youthful misadventures. It’s the perfect antidote for what’s going on in the real world with a fantastic melody and feel power-pop perfection.

A left hook on the chorus, a right hook on the melody the vocals are carried on and a KO for the breakdown. You’ll have this song in your head for days – exactly what a single should sound like. Brilliant!

Mad Brother Ward – ‘Ugly Life’ (Ruined Records) Two tracks on one side and a nice etched piece on the reverse all pressed on a nice blue wax. More than twenty-five years after releasing two widely acclaimed 7″ eps. legendary underground provocateur MAD BROTHER WARD returns with a two-fisted blast of straight-ahead punk rock. A true legend of the underground, Mad Brother Ward is currently known best for successfully stepping into the shoes of Joe Young in ANTiSEEN after Young died. This single is his first new record in almost thirty years. Lo-Fi production, its a crash and burn slab of nuclear punk rock. ‘Ugly Life’ be fucked, buckle up kids this is a blast.

‘I Just Wanna Die’ is an altogether slower more looking down the sight of a sniper’s rifle. It’s a catchy bugger that’s for sure with some neat neat neat guitar licks to fire it along. Punk as fuck! go get a copy before they’re all gone gone gone! Buy Here

Rock N Roll Manifesto – Vol Two (Rock n Roll Manifesto/NFT Records/Stamp Out Disco/ Hyperloop Records Loved the last 7″ from Rock N Roll Manifesto and love to see a four-way split especially when its new songs from bands I happen to love like this one. Sonny Fuckin Vincent ladies and Gentlemen opens up side one with a new and exclusive track entitled ‘Over A Cliff’. Of course it’s all killer. awesome guitar breaks, catchy melody, a stonking rhythm, and tempo but I knew it was going to sound great and that’s just one of the four – worth it for this one track alone) Sharing side one is The Manakins from Sweden with their tub-thumper ‘Dark Time For The City Lights’. What a killer chorus! Record of the month is here already and I’ve not even played side two yet!

Flip this over and you have London towns Miscalculations with their angular monochrome punk with the blitzkrieg that is ‘Controlling My Shadow’ leaving The Judex to close this sucker down with their unique sound of psychobilly vocals over some sharp chopping guitar chords. ‘Step Off Sucker’ is a one-take live in the studio banger with a cool as guitar break. Three out of four are unreleased and all four never on vinyl so don’t delay kids get this right Now!

Gyasi – ‘She Don’t Care’ (Alive Records) Channeling the spirit of the good and the great of 70’s Glam from Bowie and Bolan to Mott The Hoople and T Rex Gyasi has bloody well nailed it (we’ve heard the album so…) This is another taster lifted from the long-player and another perfectly executed slab of Glam Rock that packs a punch and has such a flamboyant attitude to carry this off in 2022.

This guy deserves to break through and become a superstar from those platform boots alone never mind his exquisite taste in tunes. Stream the shit out of this and get a hold of that long-player when it comes out. Its a banger with twelve more Rockers to boot!

Stepmother – Stepmother EP (Legless Records) Wow, Hang on a minute, Australia is churning out Garage and punk rock by the bucket load and Stepmother from Melbourne are the latest to grab our attention. This three-track banger of an EP is proto-punk mana from the Gods. ‘Fade Away’ is the introduction before we get our breath taken away with the brilliant ‘Take Our BReath Away’ as it races towards the guitar break and shakes its shit all over our speakers.

A power trio to sit up and take notice of. This is a primal slab of Rock n Roll with a groove and plenty of boogie to let it all hang out to now its fair to say that on another round-up this would be record of the month – No doubt about it.

The Boppers – ‘Motorbikin’ (Wild Kingdom Records) Yeah you read that right. Chris Spedding’s Motorbikin’ gets a slick release from the Boppers. Lifted from their upcoming album ‘White Lightning’. When the band performed as secret guests at The Hellacopters’ release party, the success was instant. Hear “Motorbikin’” and pre-order the album here: https://orcd.co/motorbikin

“We just unearthed some recordings that got lost in the bog somewhere along the way.  Listening back, I have to wonder what we were smoking at the time, cuz there’s definitely some saxophone, a single jazz chord, and we’ve betrayed the ‘4 chords per song’ rule. Still, I think they’ll appeal to anyone feeling possessed by junk food and/or slime.” this is a fair assessment from the band. Sounds like it’s going to be an absolute blast on this tour Its sunshine pop-punk leaning heavily on the likes of Da Ramones (obviously) with an eye on what Evan Dando achieved. It’s goofy and inoffensive and live? It’ll be a blast Go get some!

Simon Juliff – ‘Stars’ (Dog Meat Records) The first new Dog Meat release in over a quarter of a century is the new single “Stars”, taken from the forthcoming album of the same name,  from reticent Melbourne pop-rock singer/songwriter Simon Juliff. Juliff, who was singer/guitarist/songwriter for Melbourne band The Roys in the ‘00s, was a friend of many of the ‘90s Melbourne bands on Dog Meat and nearly a Dog Meat signing with his first band The Evil Dead. Bonkers how these twists of fate happen. Happy recording for himself it’s taken until now to release some tunes and well worth the wait it is too. A great teaser for what’s to come on the album later this year. Facebook

Jaguero – Worst Weekend Ever (Epidemic Records) Five-track EP from Italian punks Jaguero kicks off with a really rounded production that fills the air with a warmth that I wasn’t really expecting. Influences from some of the big American pop-punkers and Alt smash acts to the Nirvana like ‘Negative, Awesome!’ and the excellent mash-up that is ‘Get Along’.

With a range of influences yet making a cohesive end product will see Jaguero do well when they can find their niche impressive EP to be getting on with. 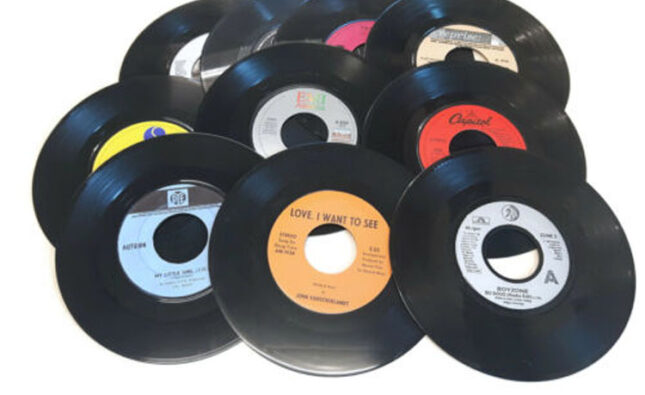