Well, finally 2020 is running out of time but here in the singles club we’ve seen a late flurry of quality singles getting released, and whilst I’d imagine it being the last one for the year we’ll see you again in January all being well.  Thanks for checking in and we hope you found more than a couple of singles that tickled your fancy. Tyla’s Dogs D’Amour – ‘The Powder Dry’ (King Outlaw) An absolute triumph. Tyla’s songwriting skills are in rude health here. With a real laid back ballad of sorts with some fantastic backing vocals that sound like a late-night backroom choir before sailing off into the moonlight. Big acoustic chords and wonderful piano fills before a scorching electric guitar break that is an excellent payoff to a really strong song that opens this EP.  Then to follow it up with the western canter of ‘Stole My Love Away’. Another cracker to be fair as it gently saunters by.  There are four tracks in this here EP and the classic ‘Mad Bad Jack is also involved lifted from Tyla’s visit to Tokyo from earlier this year.
Then wrapped up with a solo acoustic take of the opening song that sounds epic stripped bare and takes me back to when The bard of Wolverhampton first cut loose with his ‘Nocturnal Nomad’ demos. Buy It Here The Hip Priests / Supersuckers – Split (Ghost Highway Records) Order Here
Now then kids, the kings of the 7″ single returns to take their reward for best single releasers in all of Rock and Roll and this time they’ve got their pals from Supersuckers to take control of one side of this single.
Of course, it’s worth picking up its the fucking Hip Priests, they ain’t ever gonna die again. Its crash bang wallop! as the guitars get wrung to within an inch of their lives you’ll be joining in on the chorus before you know it. ‘Ain’t Ever Gonna Die Again’ should be a promise from Nottingham’s finest purveyors of filthy noise as they continue their trajectory of unrivaled quality singles.
As for Eddie and the boys well ‘Deceptive Expectation’ is the best AC/DC song they’ve done since back in black. Great distorted lick that rolls and grooves along very nicely with a wonderful guitar solo to boot and Eddie’s vocals are spot on.  Of course you should buy it The Heck – ‘Hate It Here’ b/w ‘I Like It Here’ (Sour Bomb Records) This is an autobiographical song about feeling socially completely out of place. So you’re hating everything and everyone around you and life itself in general. Not because you have a good reason for it. Just because you have to because you can! So a song full of HATE is the result; what’s not to LIKE about that? If punk rock is your poison, you should check this out! For fans of Dead Kennedys, Gun Club, NOFX, Reatards, Oblivians. And for grandparents who hate their grandkids.

“Hate It Here” is the third gunfire of The Heck’s upcoming 2nd album. The Heck are another of Henri Soulmann’s brilliant bands alongside De Keefmen, The Miracle Men, and The Sensational Second Cousins. The Speedways – ‘This Is About A Girl Who Loves The Sun​/​The Day I Call You Mine’ ( Snap! Records/Hurrah Musica) A bit of a departure with a more dreamy Johnny Marr style on the intro into the chorus.  It’s one of the stronger songs from the album ‘Radio Sounds’ very understated and the more you play it the better it gets.

Then a more power-pop song you won’t hear this year from the overdriven guitar to the gang vocals ‘The Day I Call You Mine’ is like a little ray of sunshine on a cold winter’s morning. For good measure, there’s a lo fi live recording of ‘Just Another Regular Summer’ If you needed further encouragement to pick up this bad boy it comes with a download code for their live Radio broadcast for WFMU.  Bargain! Full Tone Generator feat Nick Oliveri – ‘Without A Sound’ (Golden Robot) What a fuckin banger! Loud, in your face and chuffin’ rockin.  Without a Sound is bad ass and dangerous to know. Australian desert rock at its finest with added Oliveri for insurance.  If you needed to ask the flip side is a roaring beast. ‘If You Want Me’ is punk as fuck. Buy It! Stream/buy Without A Sound HERE WARPED – ‘Raised By Goats’ (Golden Robot Records)  Ok so we’re ending the year with another awesome bunch of singles so its fitting that Warped join the gang with this heavy as a fuckin anvil dropped from an airplane.  Hailing from Geelong, Australia WARPED are a 3-piece band that have been around the traps for 30 years and are highly respect scene veterans even if we’ve never heard of them now is as good a time as any to become introduced.  Facebook Bigspin – ‘Bottomless’  Punk as fuck Facebook / Bandcamp  Taken from the bands new album it’s skate punk or whatever you want to call it but it’s a slice of Californian punk style but from Mexico City that’s been missing for a while.  With that huge heavy bottom end as the song sprints towards the end via a sing along chorus.  It’s a tidy tune to introduce you to the band who’ve been absent for many a year and even though the album sneaked out in the opening of 2020 it makes sense they see the year out with a neat video. Ghosts Of Sunset – ‘Another Rock N Roll Show’ (Golden Robot Records)  Hold onto those leather trousers lads Ghosts Of Sunset are turning back the clock with a hefty sleazy slab of Glam Rock with it’s catchy chorus.  You know what the lyrics are about obviously a lot of tears when this one gets aired. Come Closer ‘Get It Wrong’ (Pirates Press) Southern California’s COME CLOSER has released their debut single “Get It Wrong” which comes from the band’s upcoming album ‘Pretty Garbage’ which will be released in early 2021 on Pirates Press Records.

Indie rock sensibility, with influences from legends like Husker Du and early Lemonheads, Come Closer’s knack for creating lo-fi, hook-laden tunes will make you want to instantly hit the “replay” button and if this is a taste of what’s to come they can definitely abandon the social distancing rules and come closer.

You can listen to “Get It Wrong” on all major streaming services, Bandcamp, and YouTube: Here. Delilah Bon – ‘School’ (Self Release)  Not content with writing a few acoustic covers or doing a livestream or two during this ole pandemic, Hands Off Gretel’s Lauren Tate went one better and invented a whole new alter-ego she christened Delilah Bon. Motivated by the backlash she endured online when she spoke out about women and young girls getting harassed at gigs (remember them), the Barnsley based songwriter channeled her fury into a new project. This day-glo collision of hip-hop beats and bratty punk attitude has already spawned 5 singles since its inception back in July.

New single ‘School’ is the dread-headed singer raising a middle finger to the school bullies and teachers who said she would amount to nothing. While it’s not as instant as the likes of ‘Bad Attitude’ or the excellent ‘Devil’, it’s still a quality diatribe from the potty mouthed, punk princess. It’s like if Eminem and Pink had a baby and bought her up on a diet of Public Enemy, L7 and Gorillaz, and that’s a good place to be.

This project is all self-written, self-played and self-produced. As Delilah Bon, Lauren Tate continues to excite with music and attitude that pushes boundaries in her quest to be the poster riot grrrl for the jilted generation. Bring on the album! Paul-Ronney Angel – ‘Seven Spanish Angels’ EP (Gypsy Hotel Records)  Following his debut solo single ‘One Horse Town’, The Urban Voodoo Machine main mouthpiece Paul-Ronney Angel has ditched the horse, grown wings and flown the coop with James Brown’s wife Tomirae Brown! While not strictly true, this single is a cover of the old Willie Nelson/Ray Charles duet ‘Seven Spanish Angels’ and is a collaboration with the Godfather Of Soul’s widow. Recorded at Space Eko Studio in London by Alex McGowan, the acoustic-driven single is full of raw emotion and countrified blues. PR’s raw vocals mix well with Tomirae’s sweet tones, like the devil and the angel taking us to church with handclaps, acoustic guitars and a bottle of whisky. He’s even dressed as a dandy highwayman in the video!

A cover of Linda Gail Lewis’ recent (and topical) single ‘Oh Pandemic’ fits the Urban Voodoo groove perfectly with brass and banjo adding rustic charm to PR and Tomirae’s vocals’. Also, the acoustic reworkings of ‘Goodnight My Dear’ and ‘Pipe & Slippers Man’ are suitably ramshackle and the spaghetti western style instrumental ‘The Flattened Earth’ make this a value for money purchase and the perfect stocking filler for all those ne’er do wells craving some rock ‘n’ roll salvation. Buy ‘Seven Spanish Eyes’ Here 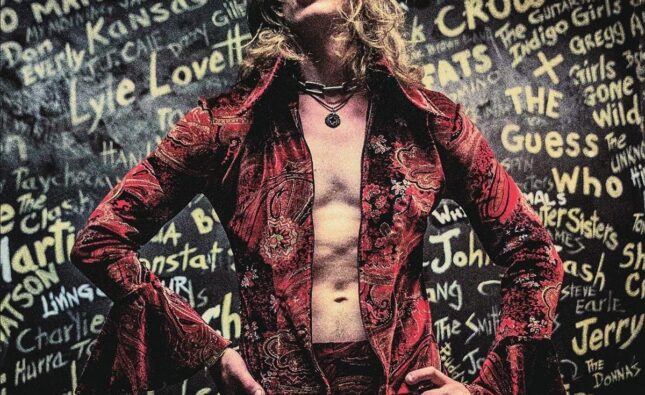 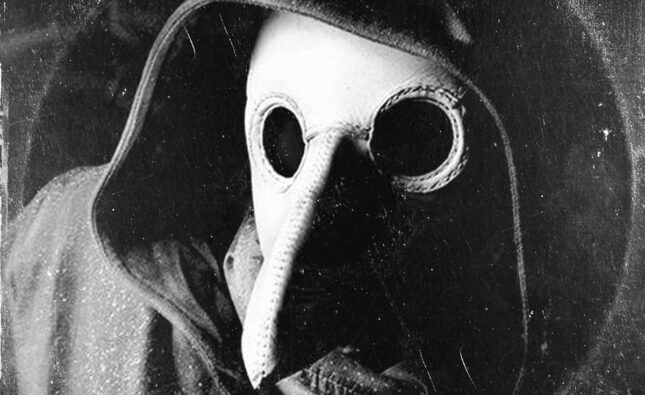